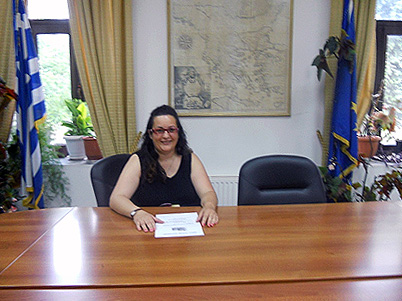 Maria Kopitas was born in 1981 in Vlahokerasia, Arcadias, where she continues to live up to now. Her parents, Vasileios and Nikoletta Kopitas, were farmers.

She has had continuous training in special education and the sign language from the University of Athens and in intercultural education from the Aristotelian University of Thessaloniki. She has been working as a Greek history, language, literature teacher in Secondary Education schools since 2004.