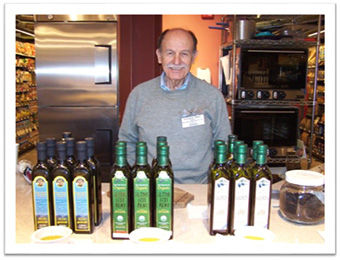 Today he is a grandfather of two, a retired IBM numbers man, an olive oil importer and the church “psalti” (chantor) in the small Greek Dormition Church of Burlington, Vermont. In 1936, he was one of many children born into a war childhood in Vlahokerasia.

Vasilios Contis was born to Christina (maiden name Katsafanas) and Nicholaos Kontogianni, in his family’s home (today next to the Bahanas store, on the main road into the village), the fifth of seven children. Childhood memories include having both parents repeatedly taken away by the occupiers for work projects, and seeing many Vlahokerasia homes put ablaze by the Germans. (One soldier advised the family to burn manure in the basement instead to show that the house was ablaze).

The years of school in Tripoli gave way to immigration at the tender age of 18. He was the first of what would be four siblings to make a life in the US. Vasilios’ family in Pittsburgh, Pennsylvania embarked on a campaign of Americanizing him, and he succeeded in moving from dishwashing and waiting on tables to studying Mathematics at the University of Pittsburgh.  The early years included being drafted into the U.S. Army in 1958 and serving in Europe.

Graduating from the University of Pittsburgh in 1966, Contis began a 27-year career with IBM that included a three-year stint at in Paris. He met and married Theodora Xenakis, who hails from Greece’s Chios island in 1968. The couple has two daughters, Christina, an architect, and Angelike, a journalist/TV station director. 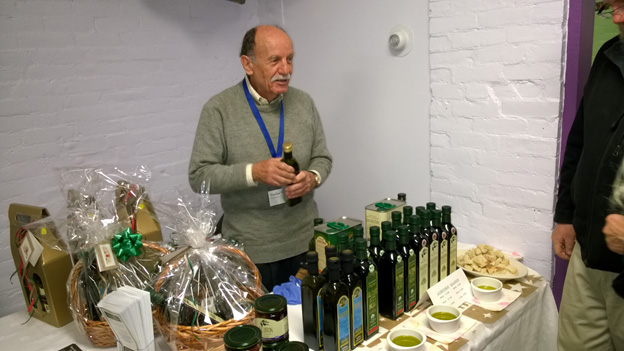 Home, since 1977, has been the green mountains of Vermont, but each year Vasilios and Theodora return to Greece. Since retiring from IBM in 1993, Vasilios has profited from his life-long passion for Greek olive oil. His company Elaioladon-Contis Imports (link: www.greekoliveoils.com) brings only the highest quality Greek olive oil, Olives and Indian Tellicherry Pepper to US health stores and individuals.

By his daughter, Angelike B. Contis