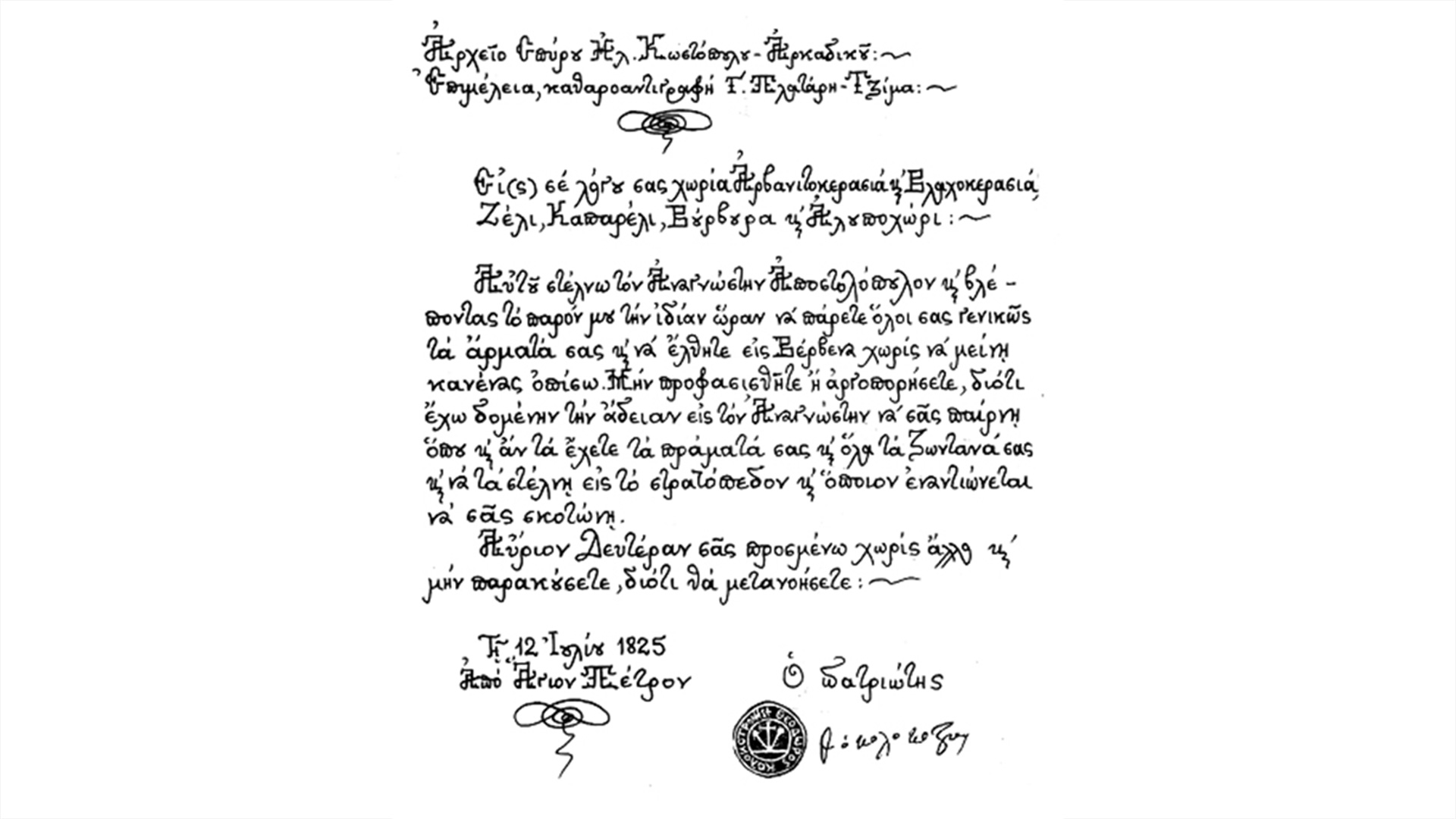 1821-2021: Kolokotronis orders mobilization of residents of Vlahokerasia and nearby villages, 1825 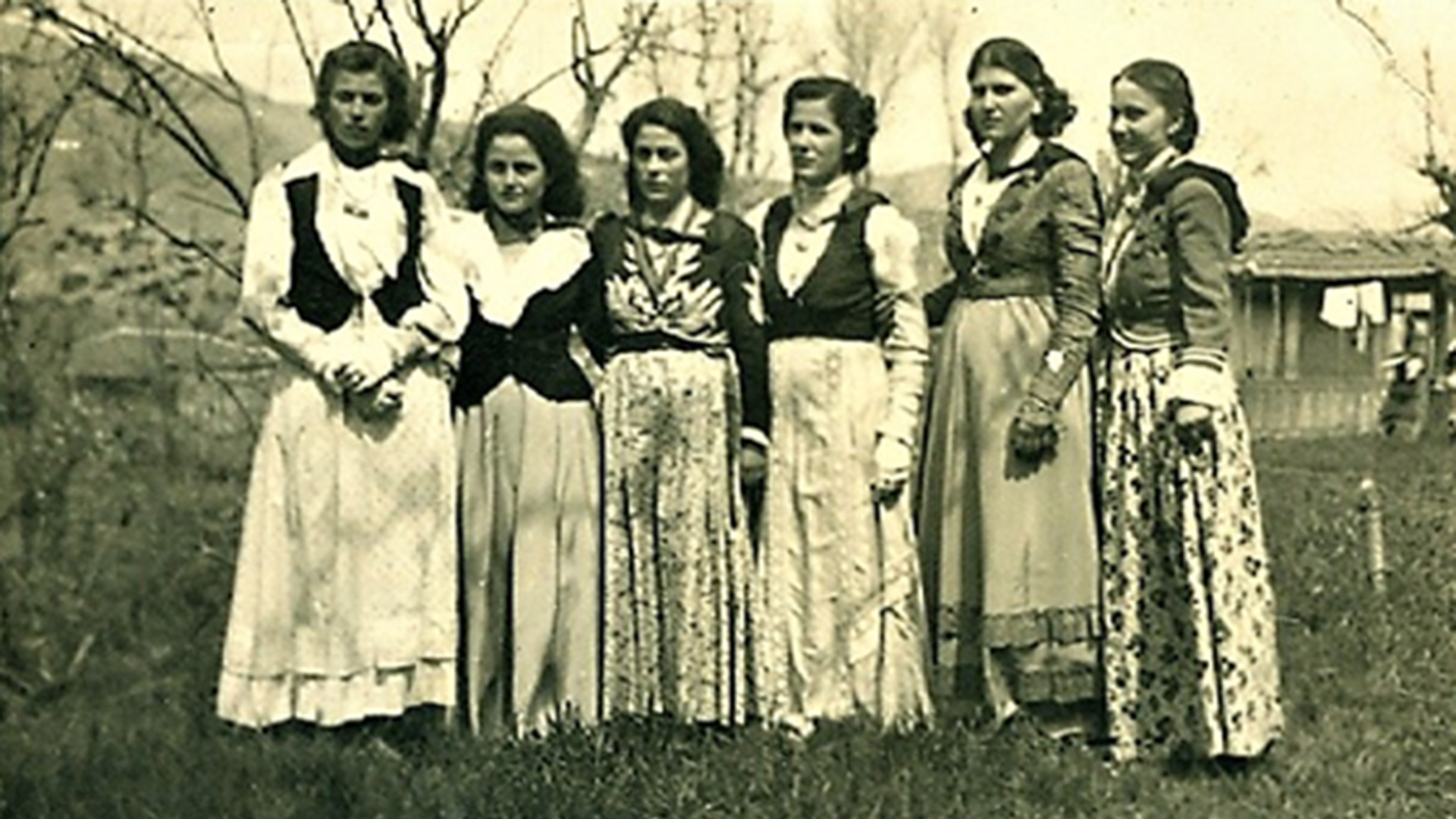 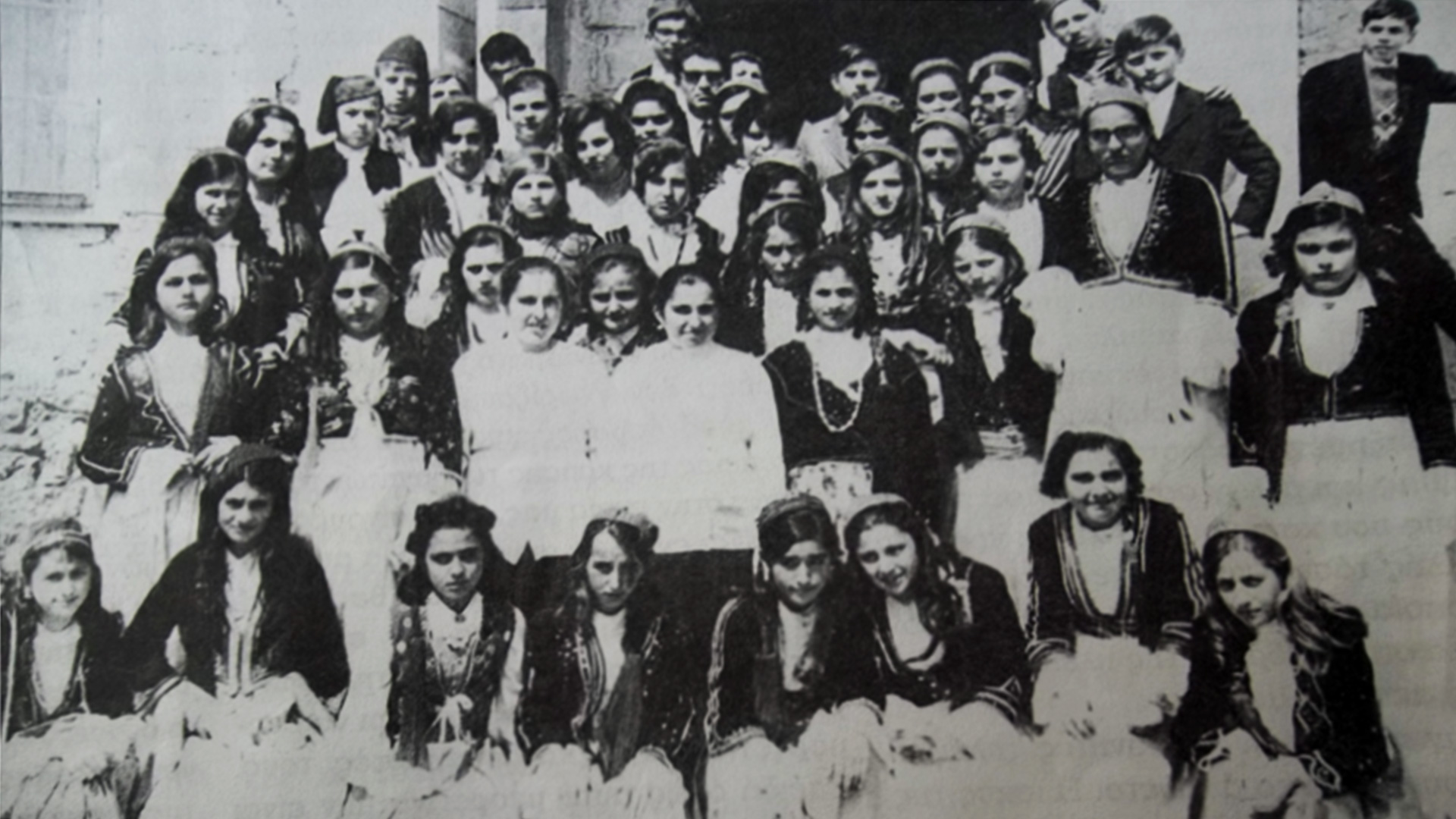 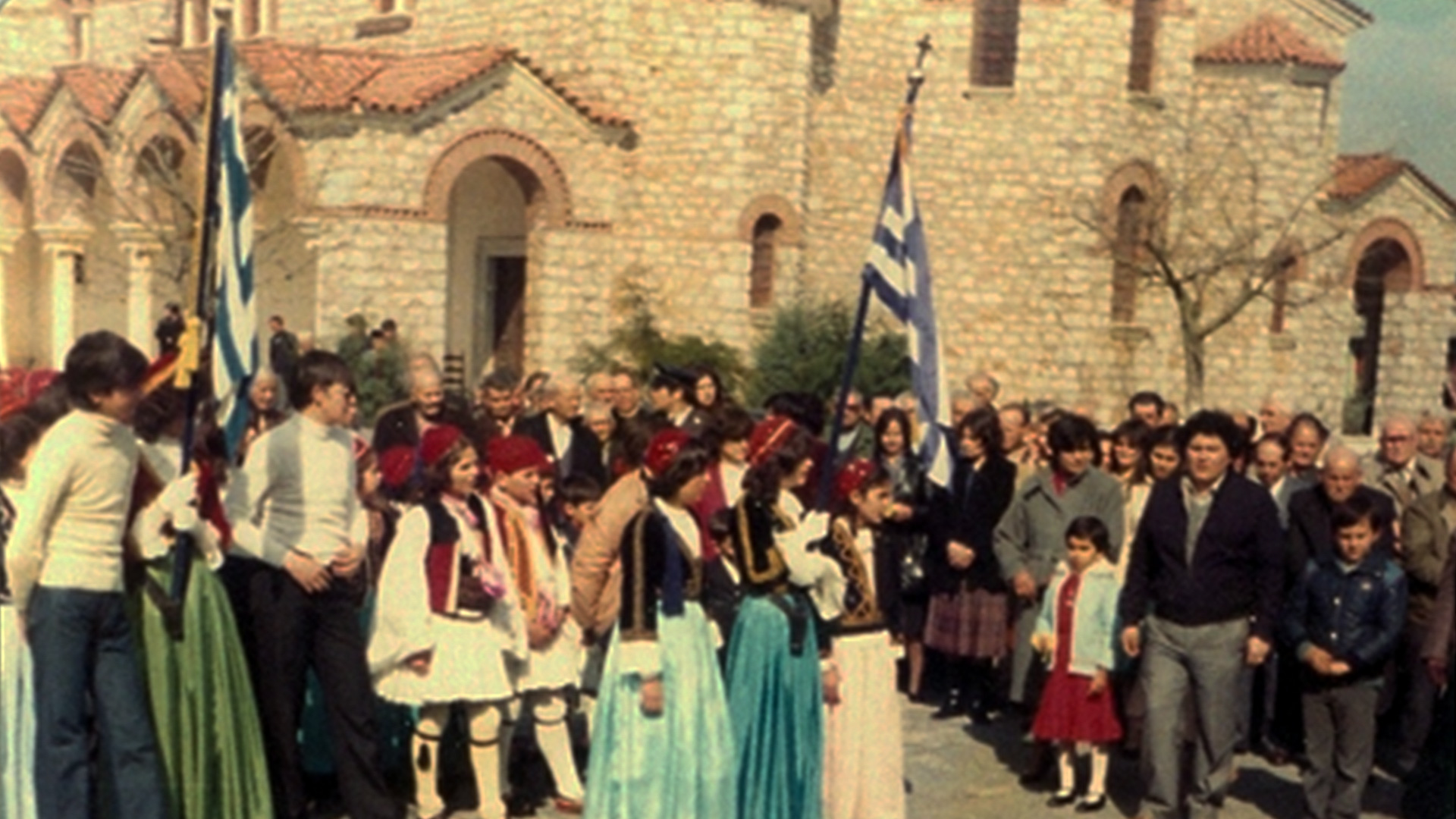 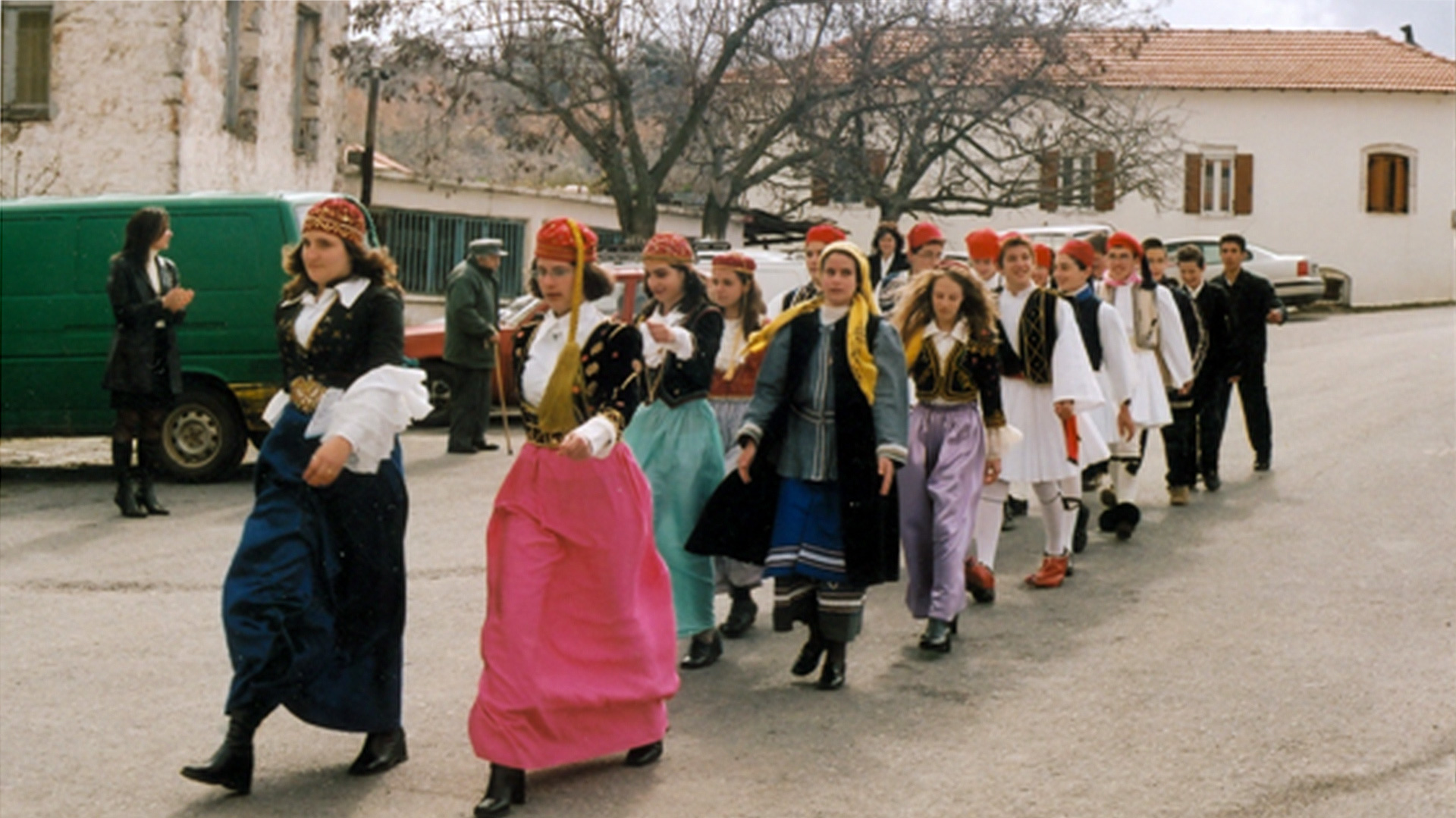 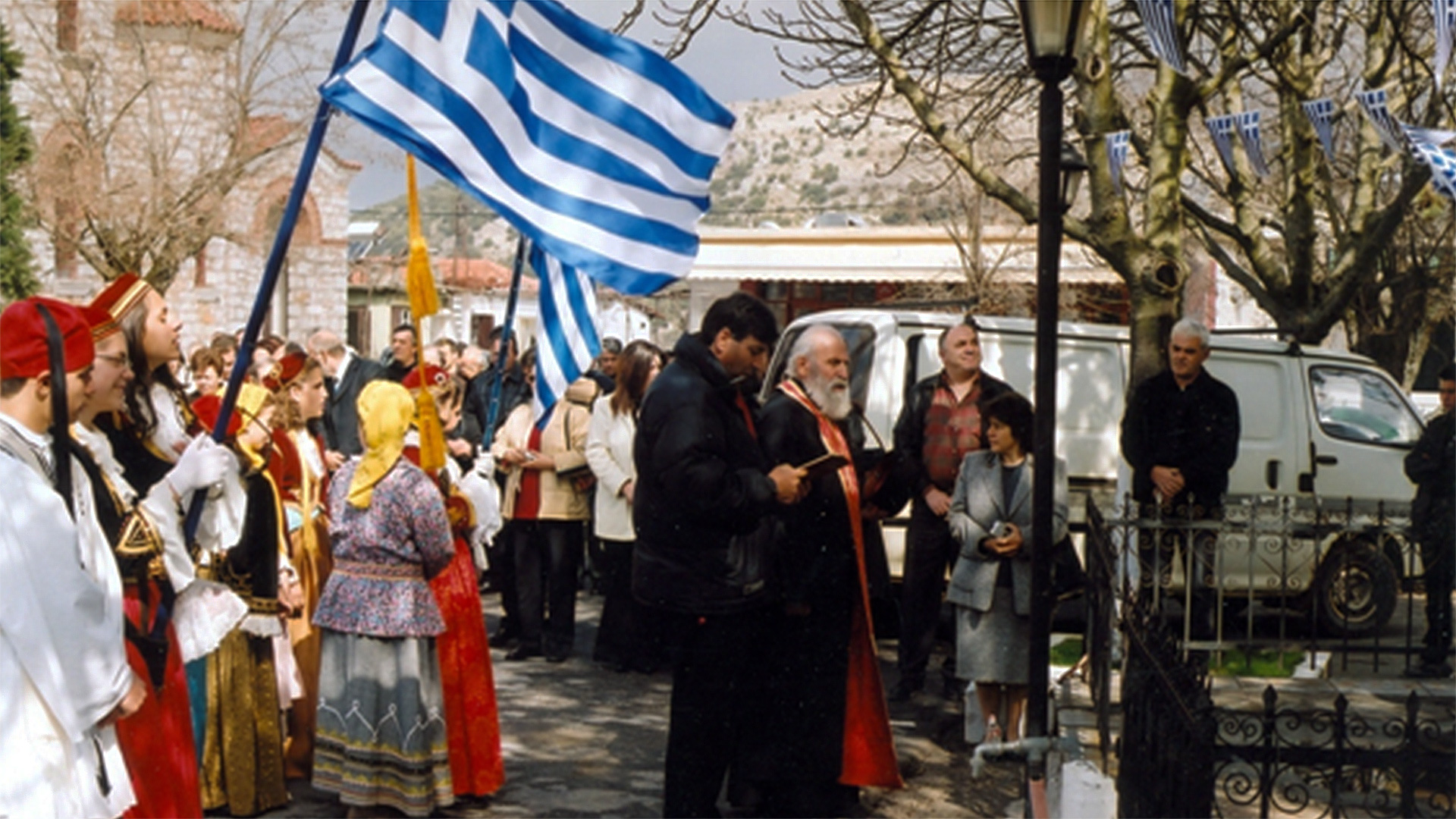 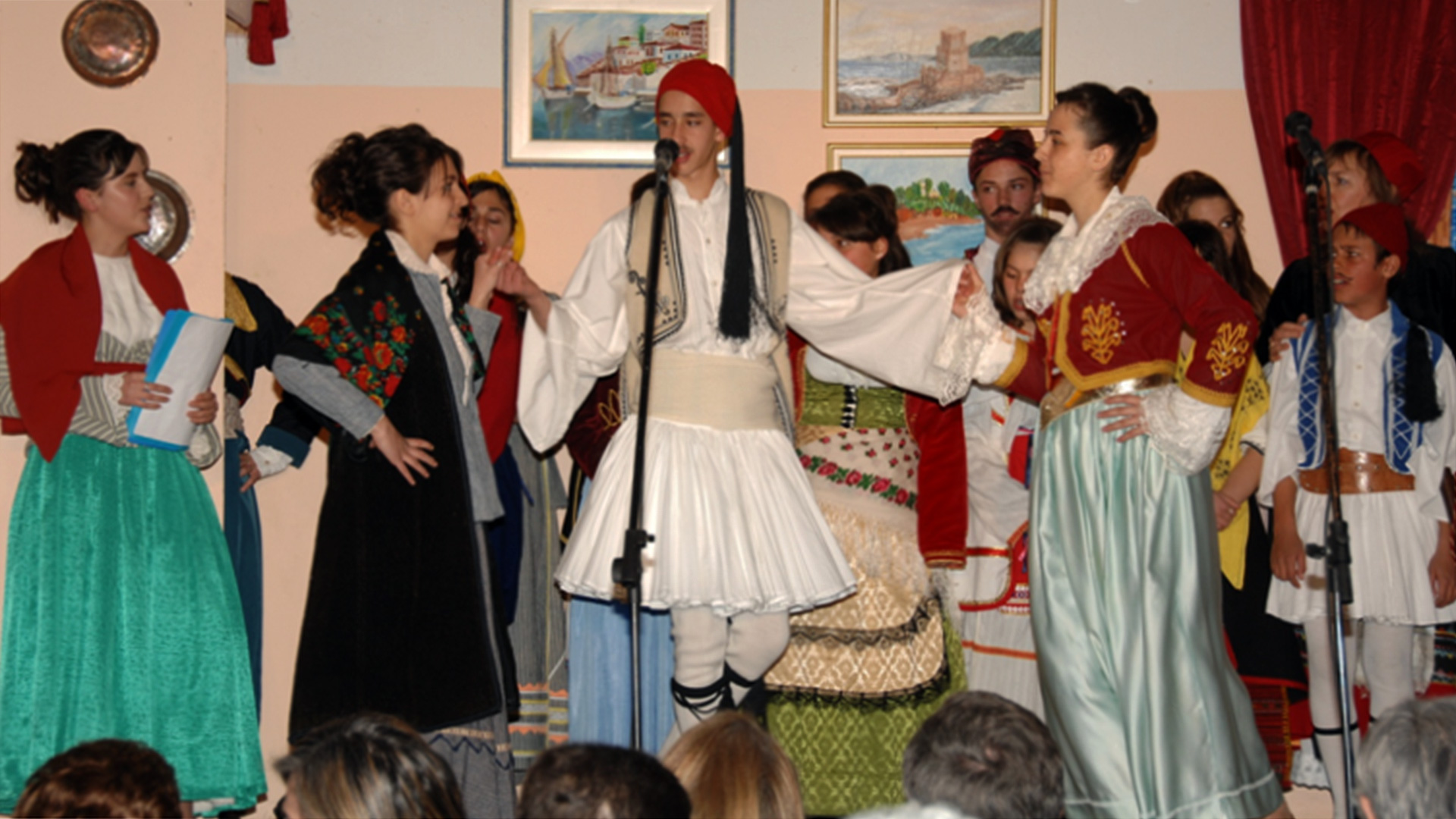 1821-2021: Theatrical performance of Vlahokerasia Junior H.S., dedicated to the heroines of the Greek Revolution, 24 March 2007 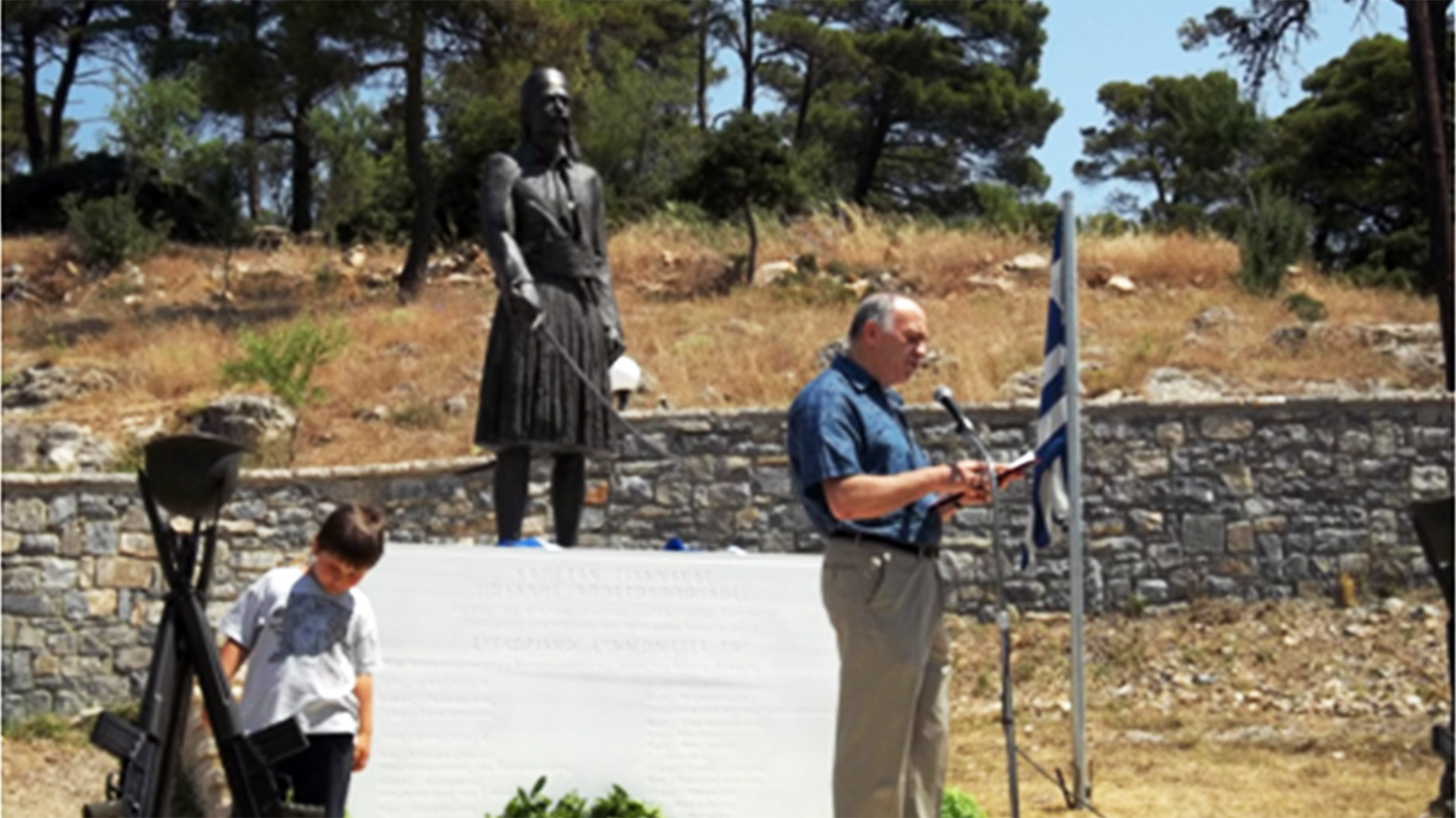 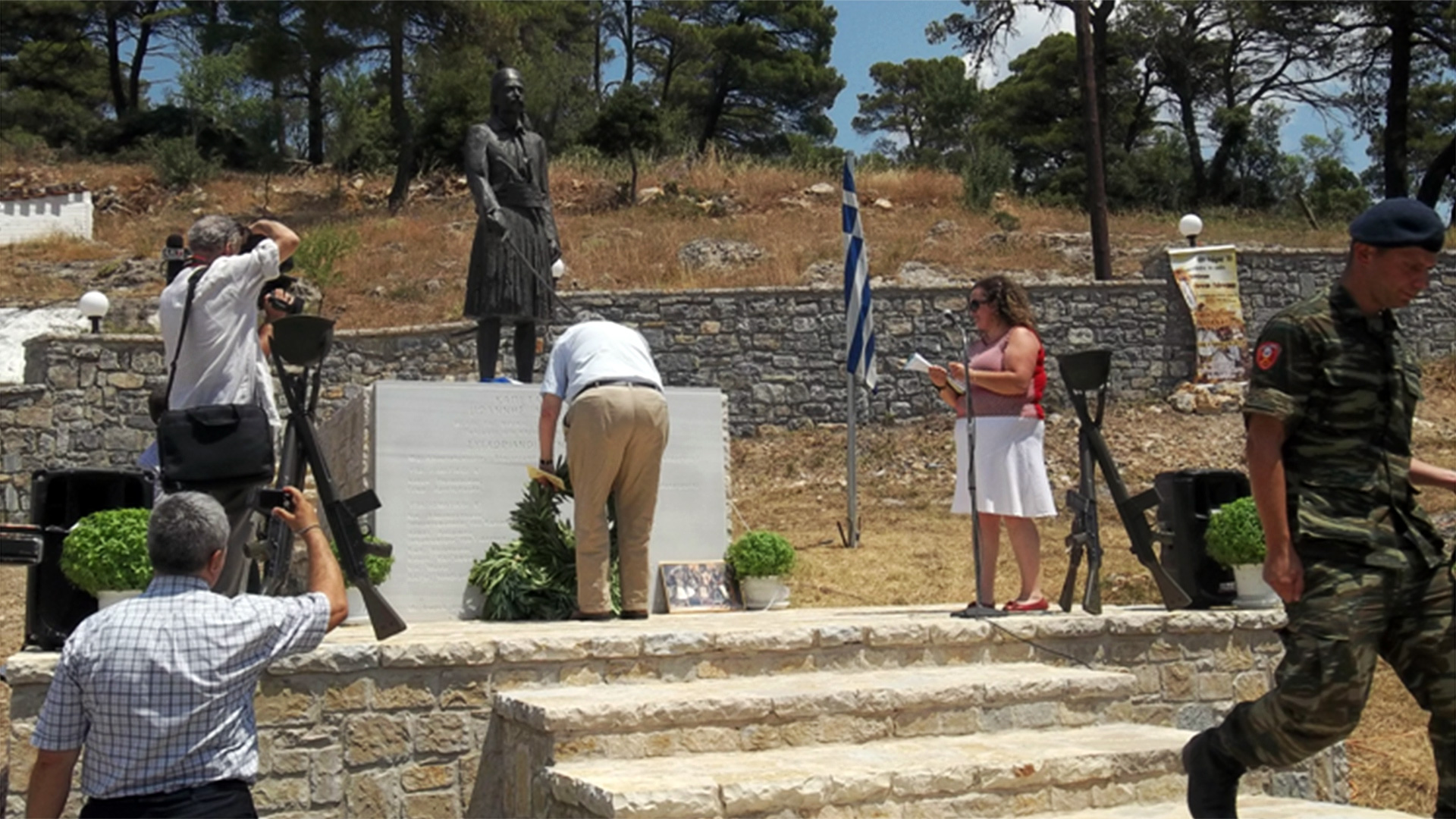 The present Site has been built  on a Joomla 3.6.5. platform, which constitutes free software within an EDL license framework "Content is available under Joomla! EDL unless otherwise noted. Joomla!® is a registered trademark of Open Source Matters, Inc."
The content consists of texts with font type Trebuchet Ms, size 10, 12, 18 and 32, of photographs in jpg and png forms, recognizable by the overwhelming majority of internet and photo browsers.
For navigation in the subcategories, use is made of the Flipping Book technology, which uses a flash plugin, that you can acquire, if you have not already installed it, from here: ( https://get.adobe.com/flashplayer/).
There are two ways to access the flipping book.
Once in a flipping book, you will find a variety of tools at the bottom of the screen for magnification, search and flipping the pages. You can go directly to a particular page (e.g at the middle of a book) by entering the page number at the space for pages and press enter.
Many Flipping Books, have links that lead to pdf files. If you have  not already installed the Adobe Acrobat Reader, you can install it from here: ( https://get.adobe.com/reader/).  Once you have clicked on a reference link, you can magnify the pdf texts to suit your individual needs by using the tools available at the right-bottom corner of your screen.
If you have any questions or suggestions relating to the technical aspects of the website, you can send them to us at the following e-mail: This email address is being protected from spambots. You need JavaScript enabled to view it..

The village of Vlahokerasia is located about 20 km south of the capital of Arcadia, Tripolis, and three kilometers from the national road that leads to the capital of Laconia, ancient Sparta. In accordance with the 2011 census, Vlahokerasia had 424 residents. In 1928, its population was 1600 residents. During the 1928-2011 period, there was a reduction of 80%. Undoubtedly, the principal factor accounting for this reduction was urbanization within the country and emigration to the overseas countries. A “census” of all Vlahokerasiotes, abroad and in Greece (1988-1992), conducted under the aegis of the Attica Vlahokerasiotes Association recorded 3,742 Vlahokerasiotes, of whom 42% lived in the Attica region (Athens Metropolitan Area), 20% abroad (U.S., Australia, and Canada), 20% in other towns and cities of Greece and 17% in the village of Vlahokerasia. The residents of Vlahokerasia were mainly senior citizens since the younger generation had taken the road of migration, either for abroad or for other cities within the country. As a result, there followed a shrinking of agricultural activities, traditional businesses and enrollments in the school of Vlahokerasia.

The idea for an actual folklore museum in Vlahokerasia was conceived in 1991, in the context of the “Vlahokerasiotes Association of Attica – Prophet Ilias”.  Under the aegis of the Association, there followed a filed survey of the households in the village by the sociologist Nikos P. Petropoulos and the elementary education teacher Angelos Bistolas. Purpose of the research was to record which of the households had items that could be exhibited in a folklore museum. The study found that most of the households did have such items in their possession. At that time, however, there was no appropriate building infrastructure for the sheltering and maintenance of a folk museum with real items. Twenty years later (2011), the building infrastructure became available following the donation of vacant houses by compatriots to the community. Nonetheless, a surveying of the village households, by  secondary education teachers  Angeliki Katsafanas  and Maria Kopitas,  showed that  many of the households no longer had in their possession the items that could comprise the exhibits in a real folklore museum.  With these outcomes, and because of various other reasons that are spelled out in the general Introduction to the Vlahokerasia Digital Museum,  the protagonists in the undertaking  adopted the  idea of developing a digital museum also taking advantage of the new technologies.

Upon the initiative of the protagonists, the Vlahokerasia Digital Museum Committee was set up to collect, digitalize, classify  and publish in the internet materials, such as photographs, historical documents, narratives, CVs, film and video clips, etc. The members of the Committee are:

The collection, documenting, processing and posting of materials on the internet lasted over five years. The materials collected were classified in 31 thematic categories which represent the sub-categories in the website menu.  All the members of the Committee agreed that the name of the village should constitute an integral part of the domain name.

The Committee made systematic efforts for the collection and incorporation in the Vlahokerasia Digital Museum of materials that were representative of residents, places and activities. In addition, systematic efforts were made to document the V. D. M. and to subject all the texts – Greek and English –to editing. Our special thanks to Anna Martinou, member of the Committee, for her vital contribution to the process of editing. Nonetheless, we do not claim infallibility.  The V. D. M. is an open system that can be continuously corrected, supplemented and enriched by new materials contributed by Vlahokerasiotes and the friends of the village, wherever they live.  Aside from corrections to possible errors and filling the gaps already designated in the introductions of the thematic units, the Committee is also open to innovative proposals for the further development and improvement of V. D. M.

We would like to point out that V. D. M. is the outcome of an initiative of compatriots, with a non-commercial purpose.  The members of the Committee worked as volunteers, without any form of monetary compensation; their primary concern was and is the promotion and progress of their place of origin. The up-to-now expenditures for processing, digitalization and publication on the internet, as well as for the securing of the domain name, the annual subscription and maintenance of the website, have been borne by the Committee members themselves and two other compatriots (businessman Chris Petropoulos and elementary school teacher Vasilis Karatzas) who happened to attend one of the Committee meetings.  We express our gratitude to these two compatriots. The Committee would also like to express its gratitude to the Municipality of Tripolis for the posting of the initial announcement on its website and the Municipal Area of Skiritida for hosting our Committee meetings.

More information about the historical background of the V. D. M., its contents, the Committee’s concerns, the contributors to the documentation of materials and the thematic units which need enrichment, the visitor can find in the General Introduction to V. D. M. and the introductions to the thematic units.

On behalf of the Committee,
Nikos P. Petropoulos, Coordinator

E-mail: This email address is being protected from spambots. You need JavaScript enabled to view it.

The use of the present website, henceforth referred to as the Vlahokerasia Digital Museum (V. D. M.), entails the unqualified acceptance of certain terms. The users of the website are obligated to conform to these terms, the purpose of which is to encourage the utilization of the materials to promote the social, cultural and economic development of Vlahokerasia, and concurrently to protect the producers (creators, authors) and the users from illegal actions.

The conception, the design and the implementation, as well as the content of this website constitute the intellectual property of the Vlahokerasia Digital Museum except for specially incorporated content which is otherwise designated. The website includes materials created by the seven-member Committee for the Vlahokerasia Digital Museum, materials from other natural persons (See General introduction to the website), and materials from other websites.  The materials that are hosted in the present website express the views of their authors and not necessarily those of the Committee and constitute their intellectual property.  In all cases, reference is made to the source of all the materials.

Intellectual property of the V. D. M also constitute  (a) the titles, “Vlahokerasia Digital Museum” and “Ψηφιακό Μουσείο Βλαχοκερασιάς” (b) the title initials, “V.D.M.” and “Ψ. Μ. Β” (c) the domain name “vdm-vlahokerasia.gr” and (d) the logotype which was designed for a fee on behalf of V. D. M.

The Committee encourages the reasonable use of the materials in accord with national and international laws for intellectual property (copyright law). The material contained in the V. D. M. can be reproduced, distributed and presented under the condition that this is done for non-commercial purposes and reference is made to V. D. M. and the producers of the materials. With the term “commercial use” is meant the use of materials, by any manner, for the purpose of commercial profit and monetary compensation. For the materials which belong to other websites and/or concern third parties, it is incumbent upon the user to ascertain if the producers of these materials specify additional restrictions.

The modification, adaptation, distortion, destruction and malevolent use of the content of V. D. M., by any manner, is prohibited. Users who engage in such actions are responsible and accountable for whatever damage results.

It is to be noted that V. D. M. is an open system, continually evolving, and is subject to changes or revisions without any warning. The use of information contained in V. D. M is the responsibility of the user, and the managing team of VDM does not carry any responsibility whatsoever.

Angelos Bistolas and Anna Martinou, Members of VDM Committee
32 Psaron Street, Aigaleo 12244, Attica, Greece
E-mail: This email address is being protected from spambots. You need JavaScript enabled to view it.

Angeliki Katsafanas, Member of VDM Committee
Vlahokerasia, Arcadias 22016, Greece
E-mail: This email address is being protected from spambots. You need JavaScript enabled to view it.