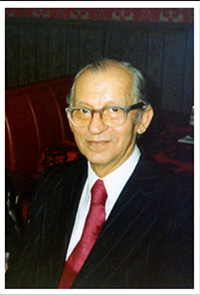 Gus Petroplus, born in 1908, in Pittsburgh, Pensylvania, was the oldest of three children. His two younger siblings were Anna and George. His parents, William P. Petropoulos and Foto P. Zeppos[1], were both born in Vlahokerasia, Tripolis, Arcadia Greece; they emigrated to the United States in early 1900, during the first major wave of emigration to the United States. At a young age (about 1915), Gus Petroplus’ parents moved to near-by Wheeling, West Virginia, where he spent the rest of his life.

Gus Petroplus completed his elementary and secondary education in the Ohio County Public Schools, in West Virginia. In 1930, at the age of 22, he obtained his Bachelor’s Degree from West Virginia University and his Law Degree from West Virginia Law School in 1932, at the height of the 1929 Depression. During his college years he became a member of two “Greek” societies, the Delta Phi National Fraternity that was a social fraternity and the Phi Beta Kappa Society that was an honor society requiring academic excellence and moral character for membership. While still in Law School, he became a member of the Board of Editors of the West Virginia Law Quarterly (1931-1932).

He started his law practice in Wheeling, West Virginia, in 1932. He became an Associate of the Petroplus, Bailey, Byrum and Vieweg Law Firm in Wheeling and later on a Consultant to the Joel, Petroplus and Thompson Law Firm, also in Wheeling. During his legal career, he was a member of the West Virginia and American Bar Associations, a President of the Ohio County Bar Association, and a member of the Legal Ethics Commission.  He also served as a City Solicitor (1944-1945) for the City of Wheeling, W. Virginia. The culmination of his legal career was his appointment as a judge in the Court of Claims of West Virginia for a six-year period (1968-1974), he adjudicated claims by organizations and individuals against the State of West Virginia. Some of his Court decisions during his service as judge are published in a hardbound volume, “Report of the Court of Claims 1969-1971”, Vol. 8, State of West Virginia, Charleston, W.Va., 1971.  In a hand-written dedication note to the undersigned in the blank pages in front of the book, he says: “To Nick: The Petropoulos family has finally achieved immortality by the opinions of your Uncle Gus. With love, Judge Gus Petroplus).[2]

In the private and social sectors of life, Gus Petroplus was a member of several lodge associations, the President of the Wheeling Society for Crippled Children, a member of the Boards of Directors of Wheeling Stamping Company, the J. M. Valan Company and the Ohio Valley Medical Center. He was also an active member of the St. John Greek Orthodox Church of Wheeling, a member of the Church Council for several years and its President during the 1952-53 term.

Gus Petroplus had two marriages in his life. His first and long term wife, Mary O’Kane, was of Irish background and a genuine practicing Catholic. From their marriage there were no children. However, the spirit of altruism, the extended family bonds and the desire for a family were very strong in both.  They adopted two children, Mary Jo and Christine, and  gave a foster home  to a niece  after her parents died (1961-1966) and the undersigned for five years (1952-1957). Under their shelter, and with their inspiration and encouragement, the undersigned completed his secondary education in Wheeling and went on to the University (Ohio State, Columbus, Ohio).  After the death of his first wife (in 1964), Gus Petroplus married Bessie Paravantis, who was born in Achladokampos, Argolida (province bordering Arcadia). They lived together in Wheeling until his death in 1977, at the age of 69.

Few years before his death in December 1977, he and his wife Bessie visited Greece.  Among other places, they visited  Vlahokerasia (his father’s Vasilis’ village) and Achladocampos, his wife’s birthplace. For Gus Petropoulos, a second-generation Greek-American, this was his first trip to his ancestral lands

This biographical sketch was adapted by the undersigned from information based on an obituary published in a local Wheeling newspaper, the internet, as well as from information from Gus Petroplus’ niece (Mrs. Terpsie Papadopoulos-Katsafanas), his nephew, attorney William (Billy) G. Petroplus and his daughter Christine Petroplus-Bowen.

[1]See the biography of her brother George Zeppos in this collection (categories: “Vlahokerasiotes… in Business” and “…Vlahokerasiotes in the Struggles for the Motherland”).

[2]It is interesting to note that although in his entire personal and professional life he used an abbreviated version of his surname (Petroplus), in this dedicatory note to his nephew he uses the full Greek version (Petropoulos). 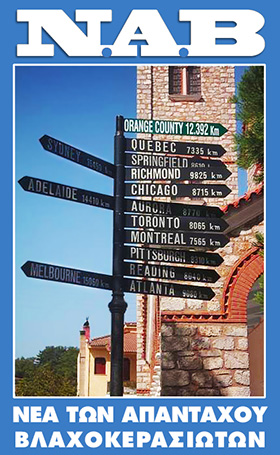